Whole article with thanks to https://www.dailymail.co.uk/travel/travel_news/article-7926571/Will-Brexit-hit-break-need-know-travelling-Europe-leave.html

The good news for British travellers visiting the EU after Brexit on January 31 is that there is no news. The Department for Exiting the European Union has confirmed that there will be a ‘transition period’ until at least the end of the year.

During this time, travel in the EU will remain exactly the same as now, so there is nothing for holidaymakers to worry about in the immediate aftermath of Brexit.

But plenty of questions loom on the horizon, and the answers depend on the outcome of forthcoming trade talks. Here we take a look at some of the key areas of travel that could be affected in the future, and what to expect…

Motorists may need ‘green card’ documents from their car insurance companies to prove they have European cover.

Most insurers will do this for free, though some may charge a nominal administration fee; it is recommended that you give insurers at least a month’s notice before you plan to travel.

There is a possibility that British motorists will also be required to apply for international driving permits, which are available from the Post Office for £5.50 along with a recent passport photo.

A rule may be introduced requiring Britons going to the EU to have at least six months’ validity left on passports. Passports take about three weeks to be processed and cost £75.50 (gov.uk/renew-adult-passport). For urgent renewals, there is a £177 premium service taking at least two days.

Prediction: Expect a rush for new passports no matter what — don’t cut it fine to apply.

The understanding is there will be no visa requirements for tourist visits of up to 90 days during any 180-day period in the EU, Iceland, Liechtenstein, Norway and Switzerland, but there may for business travel.

Prediction: Those with second homes, or fans of long holidays, may have cause for concern, but a deal is likely to be struck regarding business travellers.

You may need to show return or onward tickets at borders, prove you have enough cash to support yourself during your stay, and use separate ‘rest of the world’ lanes.

Prediction: The former two controls seem unlikely, but having to use different lanes is a possibility.

European Health Insurance Cards (EHIC), which allow British citizens free public healthcare in the 27 EU states, may no longer be valid in 2021.

Spain and Belgium, however, have agreed to allow British citizens access if this is reciprocated.

For safety, buying travel insurance with health cover, which usually includes repatriation costs (which EHIC never has), could be more vital than ever.

Prediction: It’s hard to know what will happen. More reciprocal agreements with individual countries are possible.

Since June 2017, Britons have been able to use smartphones in EU countries under the same terms as in the UK. However, this arrangement could disappear, making accessing the internet on phones there potentially costly.

The cost of doing this in countries outside the EU is £5 to £6 a day.

Prediction: Losing roaming, as it’s known, would prove so unpopular that it is likely trade talks will make sure it doesn’t happen.

A deal still needs to be struck between the UK and EU regarding aviation standards, or else, in theory, British airlines could be disallowed from entering EU airspace. It could result in deadlock at airports as soon as October this year, when current arrangements may come to an end.

Prediction: This is extremely unlikely, as it is in everyone’s interests to keep airspace between the UK and EU open.

Terrible traffic queues are possible at British ports and those on the Continent, if large numbers of cargo checks are introduced, with extra paperwork required for imports and exports.

Negotiators still have a lot of work to do on this issue.

Prediction: It seems inevitable that operations at ports will not run quite as smoothly as they do now.

If more border control checks are introduced, and if British citizens have to go through ‘rest of the world’ queues, there could be lengthy delays at Eurostar terminals in Britain and abroad.

Prediction: This depends on how border controls are negotiated. The hope is common sense prevails.

There’s a slim chance the pet passport scheme could collapse in 12 months’ time, resulting in owners who wish to travel with pets facing a complicated process.

This might involve getting a certificate from an ‘Official Veterinarian’ four months in advance, a 30-day wait, a blood test and a further three-month wait, as well as vaccinations for rabies.

Prediction: Experts believe it would be madness to alter the current pet passport scheme.

One silver lining could be cheaper alcohol at airports and ports.

Currently, excise duty must be paid during trips to EU countries. In 2021, items will become both tax-free and excise duty-free. A bottle of wine would be £2.23 cheaper on average. Cigarettes would also be cheaper.

Unlimited alcohol and cigarettes for personal use will still be allowed to be brought from the EU to Britain.

Prediction: Duty-free could well be on its way for travel into EU countries, which means cheaper G&Ts on the beach.

Enjoy travel to Europe in 2020 without disruptions — and cross your fingers that it’s the same next year.

Whole article with thanks to https://www.dailymail.co.uk/travel/travel_news/article-7926571/Will-Brexit-hit-break-need-know-travelling-Europe-leave.html 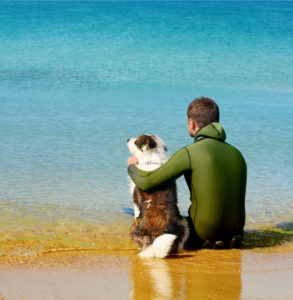