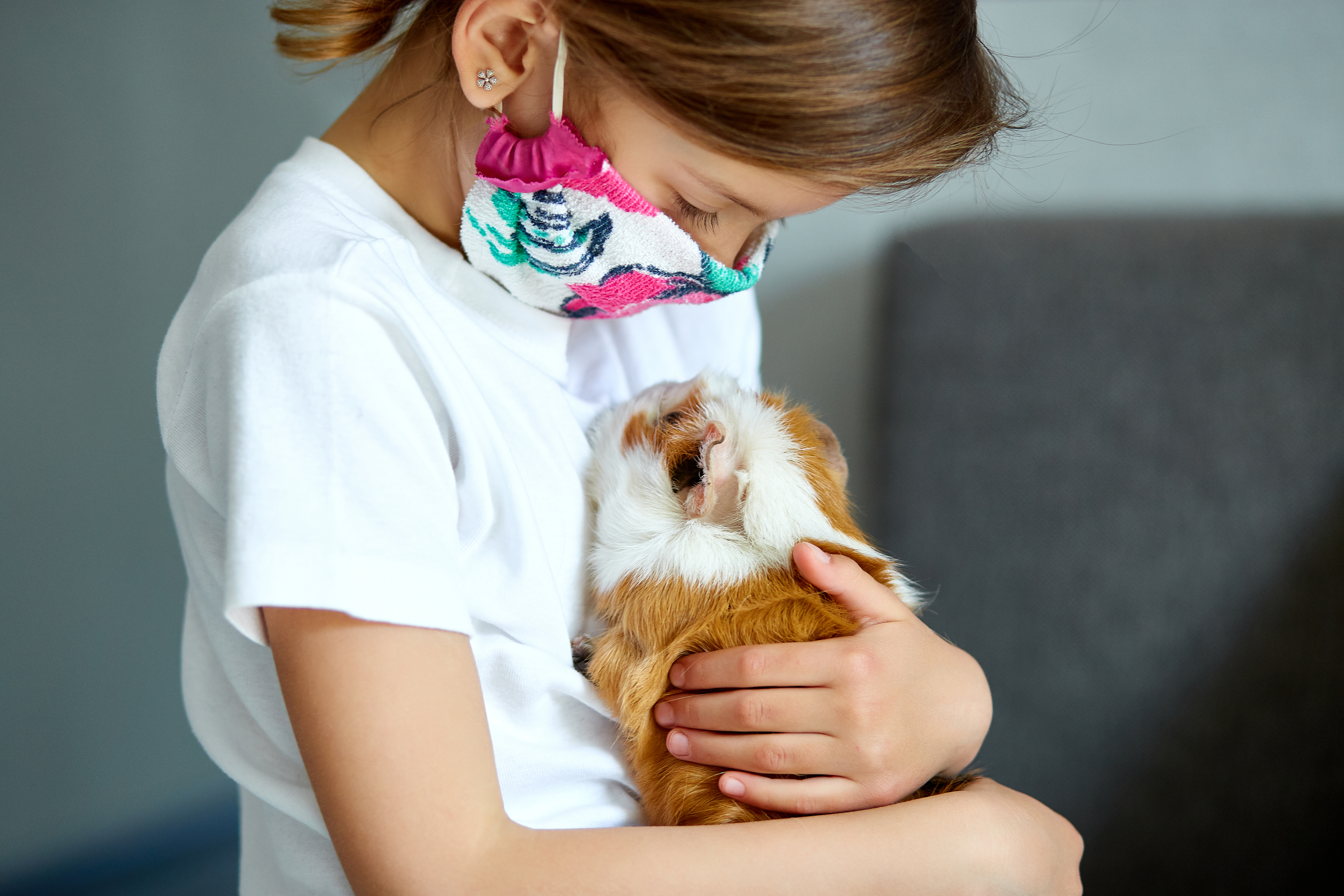 Pet owners know how important the companionship of our beloved animals can be, and the joy they bring when they greet us as we arrive home.

But what if you are now at home almost all the time? How are our furry friends coping with sharing “their territory” with us all day, every day?

Although her usual work with up to 13 dogs has dried up as a result of the restrictions imposed to slow the spread of coronavirus, she is still looking after two whose owner is a hospital worker in Cambridge.

“One of them, Harry, is a very chilled dog,” she says, however, her own pet Fidget is “driving me crazy”

The border collie is used to an active life, regularly taking part in cross-country runs with lots of other dogs and owners, but now she “has too much energy”, Miss Dominguez says.

“She is constantly running around the house, looking at me and wanting to go out – she just does not stop.”

Her sister’s dog Madge, on the other hand, has become a “desk dog”.

Unused to having her owner there all the time, Madge is now “so needy that under or beside the desk is too far… only on the desk will do”.

However, her owner says Madge is “a rubbish assistant – she can’t make coffee, sleeps during office hours and even snores during meetings”.

“My partner spends far more time playing with bits of ribbon and a ‘wild cat’ than actually working,” says Rebecca Carey, owner of Jupiter, a black cat from Cambourne in Cambridgeshire.

Since both she and her partner Daniel Bates have been at home full time, their furry feline, nicknamed Catty, has taken full advantage of them.

“Catty loves it, he won’t leave me alone and plonks his butt on my book, or laptop, sewing machine or phone,” she says.

He has quickly got used to the new situation, and Ms Carey says Catty “gets a little cross” if he doesn’t receive constant attention.

“He seems to genuinely enjoy having us about.”

And Catty appears to have wrapped Ms Carey’s partner around his little claw.

“Every single time I check on Daniel, he’s either holding some ribbons or cuddled up with Catty, conveniently ‘having a break’.”

Ms Carey says that Jupiter has also forced the couple to go wireless, “one cable at a time”, such is his fondness for attacking their equipment.

‘He can be vicious’

Another cat taking advantage of his owner being at home is Ringo.

This black puss, from Brightlingsea in Essex, is doing his best to stop owner Andy Clarke from working at home as an IT company director.

Typical of many felines, Ringo is super-friendly while asking for food, but when Mr Clarke tries to ignore his pet’s demands, Ringo soon loses patience and strikes out with his claws.

“He can be a bit of a vicious serpent… he jumps on my shoulders, headbutts me, and tries to bite my nose off,” Mr Clarke says.

“When I’m away I expect he probably curls up and sleeps, but he seems to have learned I’m here to give him biscuits and treats.”

Sadly, not all animals have adapted readily to the change in circumstances.

Jones, a labrador-retriever cross from Whittlesey in Cambridgeshire, is a guide dog for 63-year-old Roy Richards.

“Jones is used to coming to the office with me every day, but I had to close down the dry cleaner’s I run and now we are alone at home,” he says.

“We often went to one of the village pubs in the evening and Jones would meet all our friends, and he loved it.

“We can’t do that now,” Mr Richards says.

“Jones is a little bit down at the moment. I can tell he’s a little depressed – he’s so used to seeing people.”

His owner can still take Jones for a daily walk on a lead, and plays lots of games with him inside the house, while a friend can occasionally take Jones for “a runabout where he can behave like a normal dog”.

“It’s not the same,” Mr Richards says of their current predicament.

“But Jones and me will just have to get through this.”

Pets in lockdown: Advice from the experts